My lower back is a little sore, but other than that, neither of us was injured.

The cherry on top was that it took Dearborn Heights PD a leisurely 58 minutes to respond to my call.  And they sent, what I can only discern to be, the kookiest officer they have.

I did get a nice chuckle when I got home and called Progressive to hear that my claim representative was a nice lady by the name of… FLO – no joke!  She was just as upbeat and quirky as the television spokes-character.  Just a delightful human if I’ve ever met one. 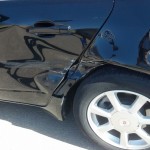 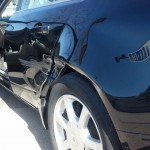